Artificial Intelligence: Everything About AI

What is Artificial Intelligence?

The terms Artificial Intelligence and Machine Learning are related, however, they have specific uses and meanings. Simply put, artificial intelligence aims to enable machines to reason by copying human intelligence.

In this article, you can find the following sections:

Artificial intelligence can cover almost everything from search engine algorithms to robotics. Complex tasks, including those requiring human intelligence, can be accomplished by these machines. AI uses a variety of approaches such as deep learning and machine learning to make things more natural.

Why is Artificial Intelligence Important? 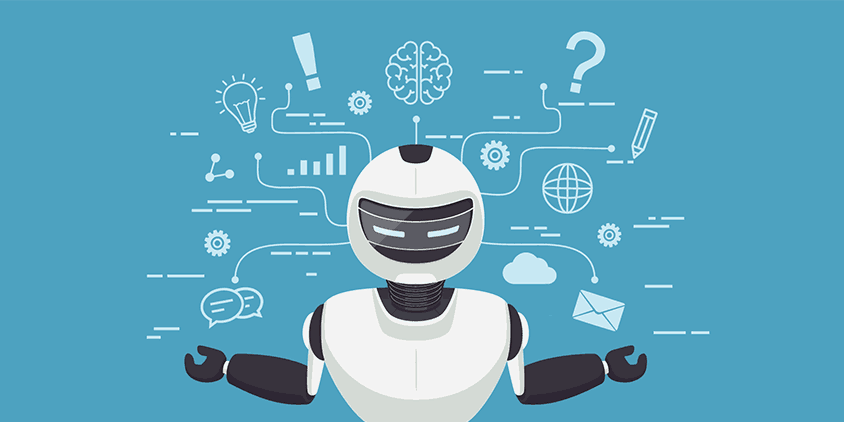 Artificial intelligence aims to help human capabilities and help us make complex decisions. From a technical point of view, this is the main goal of AI. When we look at the importance of AI from a more philosophical point of view, we can say that it can help people live more meaningful lives without hard work. Artificial intelligence can also help manage a complex network of interconnected people, companies, states, and countries so that they function in a way that benefits all of humanity.

Artificial Intelligence is now being used by all the different tools and techniques that have been invented by us over the last thousand years to simplify human endeavors and help us make better decisions. Artificial intelligence is one such creation that will help us continue to invent innovative tools and services that will exponentially change our way of life, eliminating division, inequality, and human suffering.

We are still far from such results. But this may happen in the future. Currently, artificial intelligence is mainly used by companies to improve the efficiency of their processes, automate resource-intensive tasks and make business predictions based on the data we have. As you can see, AI is important to us in different ways. It creates new opportunities in the world, helps us improve our productivity, and more. 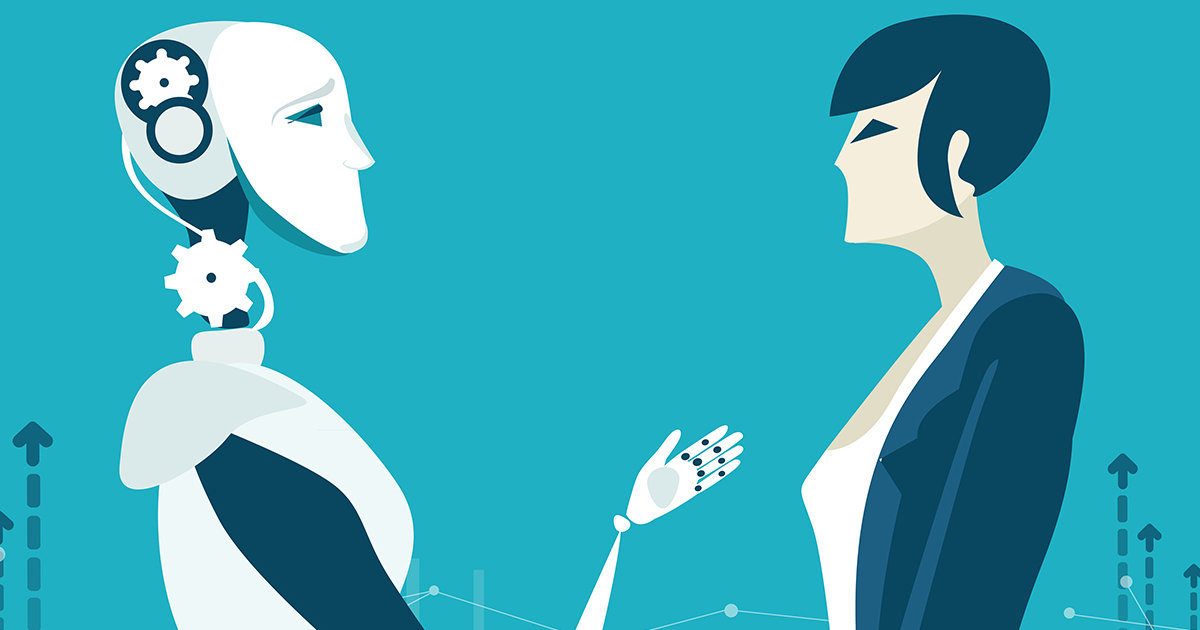 The concept of intelligent beings has been around for a long time and is now reflected in many sectors such as artificial intelligence in education, automotive, banking and finance, AI in healthcare, etc. The ancient Greeks, Chinese and Egyptian engineers had myths about robots. built machines. Several scientists discussed the potential of building an artificial brain in the 1940s and 1950s. As a result, this led to the development of the field of artificial intelligence research, which was founded as an academic discipline in 1956 at a conference at Dartmouth College. This word was coined by John McCarthy, who is now considered the father of artificial intelligence.

Despite well-funded global efforts over many decades, it has been extremely difficult for scientists to create intelligence in machines. In the period from the mid-1970s to the 1990s, scientists had to face an acute lack of funding for research in the field of artificial intelligence. However, by the end of 1990, American corporations were again interested in AI. In addition, the Japanese government has also come up with plans to develop a fifth-generation computer for AI development. Finally, in 1997, IBM's Deep Blue defeated the first computer to defeat world chess champion, Garry Kasparov.

As AI and its technologies have continued to evolve - thanks in large part to advances in computer hardware, corporations and governments have also begun to successfully use its techniques in other narrow fields. Over the past 15 years, Amazon, Google, Baidu, and many others have leveraged artificial intelligence technology to generate huge commercial benefits. Artificial intelligence is embedded in many of the online services we use today. As a result, technology has been able to not only play a role in every sector but also manage a significant portion of the stock market. Artificial Narrow Intelligence, also known as Narrow AI or Weak AI, is goal-oriented and designed to perform specific tasks. Although these machines are considered smart, they function with minimal restrictions and are therefore called weak AI. It does not imitate human intelligence; it stimulates human behavior according to certain parameters. Narrow AI uses NLP or Natural Language Processing to complete tasks. This is evident in technologies like chatbots and speech recognition systems like Siri. Using deep learning allows you to personalize user interactions, such as virtual assistants that store your data to improve your future experience.

It is difficult to predict whether strong AI will evolve or not in the foreseeable future, but as speech and face recognition are constantly progressing, there is a small chance that we can expect this level of AI to rise.

Superintelligence is currently only a hypothetical concept. People assume that in the future it will be possible to develop such artificial intelligence, but in the current world, it does not exist. Super-intelligence can be called the level at which a machine transcends human capabilities and becomes self-aware. This concept has become a muse for several films and science fiction novels in which robots, capable of developing their senses and emotions, can conquer humanity itself. Artificial intelligence will be able to create its own emotions and, hypothetically, surpass people in art, sports, mathematics, science, and more. The ability to make decisions will be higher in the supermind than in humans. The concept of artificial super-intelligence is still unknown to us, its consequences cannot be predicted, and its impact cannot yet be measured.

Google has partnered with DeepMind to improve the accuracy of predictions. With historical traffic data as well as real-time data, they can make accurate predictions using artificial intelligence technologies and machine learning algorithms. An intelligent personal assistant can perform tasks based on the commands we provide. It is a software agent that can perform tasks such as sending messages, performing a Google search, recording a voice note, chatbots, and more.

So far, you've seen what AI stands for, the different levels of AI, and its applications. But what are the goals of AI? What result are we aiming to achieve with the help of AI? The overall goal is to enable machines and computers to learn and function intelligently. Here are some of the other AI targets:

1. Problem Solving: Researchers developed algorithms that could mimic the step-by-step process that people use to solve a puzzle. In the late 1980s and 1990s, research reached a stage where methods for dealing with incomplete or vague information were developed. But solving complex problems requires huge computational resources and memory power. Thus, the search for effective algorithms for solving problems is one of the goals of artificial intelligence.

3. Planning. One of the goals of AI should be to set reasonable goals and achieve them. The ability to make predictions about how actions will affect change and what options are available. The AI agent will have to assess his environment and, accordingly, make predictions. This is why planning is important and can be seen as an AI goal.

5. Social intelligence. Efficient computing is essentially the study of systems that can interpret, recognize, and process human effort. It is a fusion of computer science, psychology, and cognitive science. Social intelligence is another goal of AI, as it is important to understand these areas before creating algorithms.

Thus, the overall goal of artificial intelligence is to create technologies that will allow us to realize the above goals, and create an intelligent machine that will help us work efficiently, make decisions faster and improve safety.

Artificial intelligence can benefit the economy by helping to advance work. AI can help people do their jobs better, rather than do their jobs. With machine learning, AI will become smarter over time, which will increase business efficiency. AI will also reduce the likelihood of human error and examine historical data to cut costs.

We can work 4-6 hours a day without interruption. We are designed to get time to freshen up and get ready for the new day at work, and we have weekly breaks to stay intact from work and personal life. However, with the help of AI, we can make machines run around the clock, without interruption, and they are not even bored, unlike humans.

This is the biggest advantage of artificial intelligence. Artificial Intelligence can go to any other planet, defuse a bomb, explore the deepest parts of the oceans, and can be effectively used in any disaster.

Some highly developed organizations use digital assistants to interact with users, eliminating the need for human resources. Digital assistants are also used by many websites to implement what users want. We can talk to them about what we are looking for. Some chatbots are designed in such a way that it becomes difficult to tell if we are talking to a chatbot or a human.