Prototyping vs Wireframing: What's The Difference?

One skill you'll want to have in your toolbox as a product manager is the ability to create wireframes or prototypes.

Prototypes or wireframes are a great visual representation to convey an idea for a mobile app or website, as well as a quick way to get user feedback. However, there is considerable misunderstanding regarding the distinctions between prototypes and wireframes. There is a lot of overlap between the two in terms of what they cover, but there are also many significant differences. It's easy to think that the main difference between a wireframe and a prototype is that one is low-fidelity and the other is high-fidelity, but there's a lot more to it.

In this article, we'll look at what a wireframe is, what a prototype is, as well as the differences between the two.

What is a Wireframe? 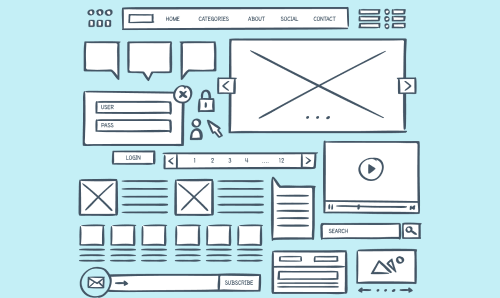 A wireframe is a low-fidelity, structural representation of the layout of your web product. It acts as a skeletal framework to help organize the structure of the website, similar to creating a blueprint for a new office or building. A wireframe is a tree diagram or flowchart of a website that depicts all of its pages and their relationships. It provides developers and designers with an idea of how the website will appear. It aids them in comprehending the core functionality of a website or application. Each wireframe serves as a visual guide for structuring each page but does not typically include any references to the site's design or content. A wireframe contains the following elements: a global navigation scheme, text, media chunks, and interaction design. Wireframes are the foundation of the design process. 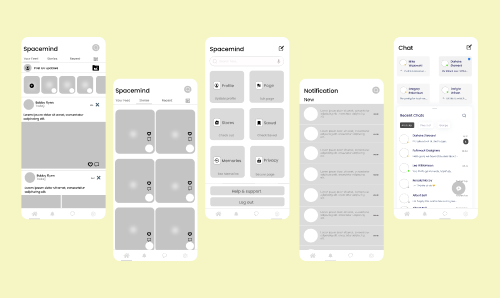 A prototype is a basic, low-fidelity working model of an app or website. After wireframing, they are usually the next step in the product design process. Color, animations, and (hopefully) the actual content that will be on or in your product are common features of prototypes. Prototypes, as opposed to wireframes, are frequently of medium to high fidelity. They allow the user to test the interface and interactions of a digital product, and this level of functionality can be useful during application usability testing. Because they often resemble a more finished product, the time and effort spent on developing a prototype can result in cost savings during the development phase.

Difference Between Wireframe and Prototype

Essentially, all wireframes are prototypes; however, they are low-fidelity prototypes with little detail. Wireframes are primarily concerned with structural elements that represent priority. A wireframe has three basic goals: to present the contents of the main page, to outline the structure and layout of the website/app, and to highlight the basic UIs. Not all prototypes, however, are wireframes. Prototypes can be used for a variety of purposes, including visualizing an idea, serving as a blueprint for developers, assessing technical feasibility, and testing the design's effectiveness.

A lot goes into creating a full-proof website or application, from appearance and functionality to navigation and ease of use. Designing a professional website or app is more than just creating beautiful and colorful pages; it's about understanding your audience and creating a model that not only meets the needs of the client but also meets your business goals. In fact, the entire design process can be an exhilarating experience, but it can also be chaotic and frustrating. The design phase, like the construction phase, begins with the creation of a blueprint of the website or app, known as a wireframe. In the design process, a wireframe is a basic layout of the fundamental design elements. The prototype follows, which goes beyond wireframing because people need to see the real thing. The structure and content of a website are the focus of prototyping.